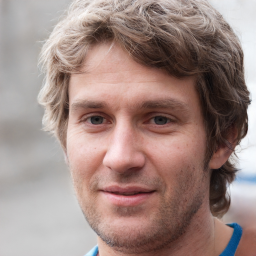 Laugh, you will. Jokes, we have. Ready, you must!

Yoda has spoken. Get your stomachs ready as we’ve got the best Star Wars joke collection collected from every part of the universe.

As a well-loved movie series, the characters of Star Wars are very iconic and memorable. But due to the quirky names, detailed stories, and sci-fi setting, Star Wars have become a joke favorite for kids and adults alike.

He felt his presents.

Because calling him Master Vader made all the Stormtroopers giggle.

To get to the dark side and become Darth Vader!

You can tell because he cut up his force kin!

Because she went to woo Han!

Because he always shoots first!

May divorce be with you!

Because in charge of planning, Yoda was!

Metaphors be with you!

Because he loves taking Yoda-graphs!

Because he has green fingers!

Han: You’re not the only child!

Because it would be called Han Jobs!

He looked for love in Alderaan places!

I Yam your father!

He doesn’t have one! Ewoks!

He made a few Wookiee errors!

Wookie of the year!

They bleeped out every word he said!

C-3PO: “You told me to never tell you the odds”

So he won’t be confused with Donald!

The baker replies: “There’s only one cannoli.”

It was his First Order!

Because he’s Ben Solo all his life!

Because it’s a First Order approximation!

I heard they’re going to cut the sales by half!

Sorry, I forgot the other half of the joke!

The rise of Skywalker!

Because they use their Endor voices!

The bartender says, “Sure—but why the little pause?”

He dresses up as Jar Jar Binks at Comic-Con!

Because he was hunting Solo!

Star Wars Jokes About The Daily Life Of Jedis

Although being a Star Wars Jedi means having a cool lightsaber and telekinetic powers, they sometimes struggle with simple things in life. And from their struggle, comes our fun jokes to laugh at.

Because they won’t turn to the dark side!

Star Wars Jokes About The Struggles Of Being A Stormtrooper

Aside from having inaccurate laser guns, getting choked by force masters, and life-threatening encounters with monsters, a stormtrooper in Star Wars deals with other menial tasks in life. Here are some of their funny encounters.

He couldn’t find the droid he was looking for!

The store next to the Target!

Star Wars Jokes About “The Dark Side”

Sure enough, being the bad guy in Star Wars can be fun. They can shoot here and there, destroy a random nearby planet, and wear cool hoodies. But below are some of the funny daily life encounters that Sith lords and their henchmen have to deal with.

Because the food always turn to the dark side!

As cool and as deadly as the Death Star in Star Wars is, it is not safe from jokes due to its very faulty design and being likened to an inverted nipple.

Harrison Ford as Indiana Jones: “No! It belongs in a museum.”

Jokes About “The Force”

Many Jedi masters in Star Wars say that wielding “the force” needs responsibility. But hey it’s convenient, might as well use it for everyday convenience!

It has a light side, a dark side, and it binds the galaxy together!

We use cookies to ensure that we give you the best experience on our website. If you continue to use this site we will assume that you are happy with it.OkPrivacy policy